What Makes a Hero

What makes a hero?

So we've all read them…the books that make us sigh for the guy. The sigh-guy books. The man with the buff bod, the dynamite dialogue, the sexy smile. One of my very first sigh-guys was Ruark Beauchamp in Kathleen Woodiwiss's Shana. I must have been about fifteen when I first met Ruark and I haven't forgotten him. It was his deep down goodness with a twinkle of mischief that most appealed to me. I'm now…well I'm a little older than fifteen, but I still remember him vividly. 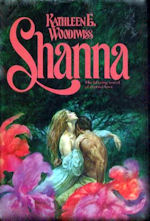 Since then there have been a few others. Dallas Beaudine from Susan Elizabeth Phillip's Fancy Pants for one. His goodness was hidden a little deeper, but he had a soft spot for dogs that he didn't quite like to admit, and who can resist that?

Harry Dresden! Oh man, I've got it bad for Jim Butcher's rogue P.I. wizard. He's all angsty and flawed and vulnerable. Irresistible, in my book.

Oh oh oh!! Aragorn. Seriously. Strider from J.R.R. Tolkein's Lord of the Rings. I've loved him since I was ten because…well…there are so many reasons to love him it's not even worth counting the ways. But when Peter Jackson had the insanely clever idea of casting Vigo Mortenson as the ranger who would become king….ahhhh genius. 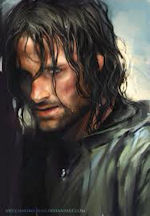 Janet Evanovich's Joseph Morelli! It's been nearly twenty years since I first read One For the Money. But I've never forgotten it. In fact, I was so enamored with the humor, the action, and the characters that I immediately wanted to write something similar. And, in 2005 the first book in my Chrissy McMullen series was published by Random House. Unzipped is the story of a crazy L.A. psychologist who…as Mystery Scene says, "…is back to prove that boobs, brass, and brains make for one heck of a good time." And most of that good time involved one of my personal favorite sigh-guys, Lieutenant Jack Rivera. He's all dark and dirty and clever and cocky. Uncorked, my 7th Chrissy McMullen novel is just now available online and I'm happy to say that, for me at least, Rivera is just as sigh worthy and irritating as always.

So what about you? What makes a hero in your mind?

To celebrate the release of Uncorked, I'd like to give away an Amazon gift card to one much appreciated commenter.

Lois Greiman
Visit www.loisgreiman.com just for the fun of it. 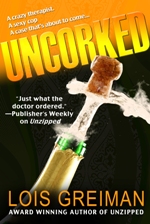